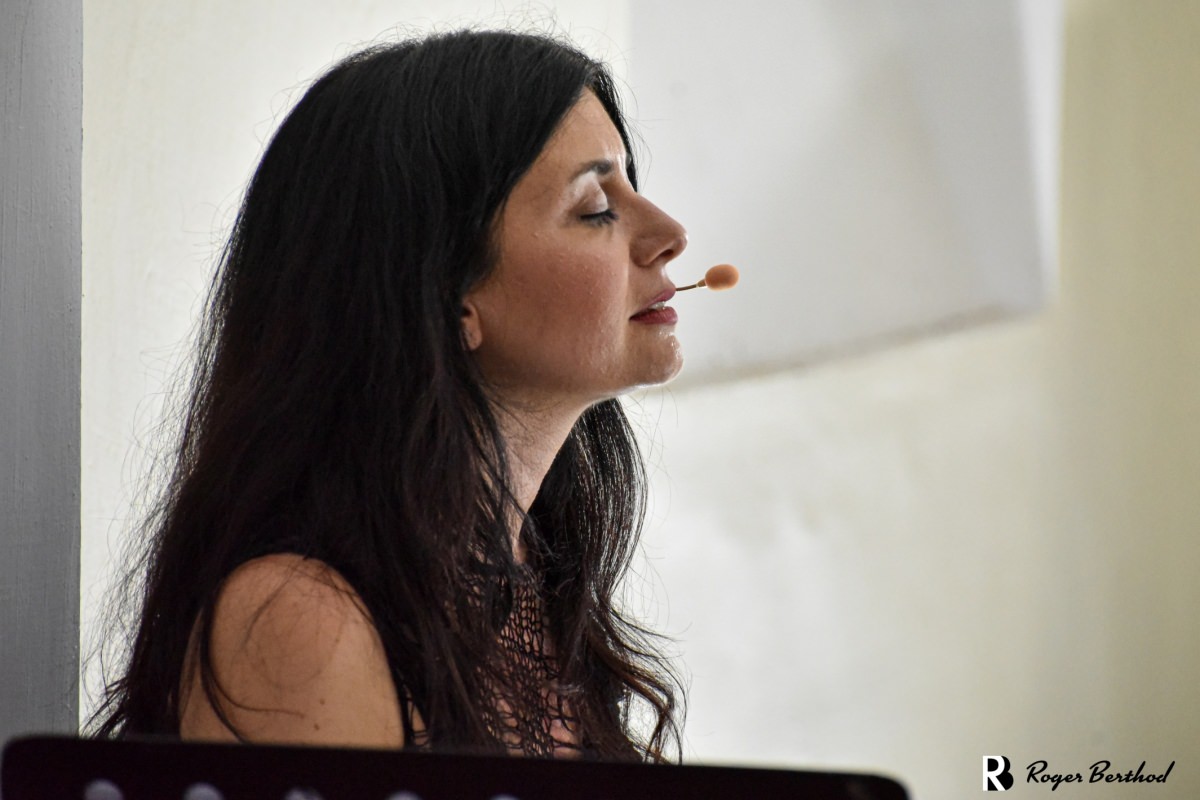 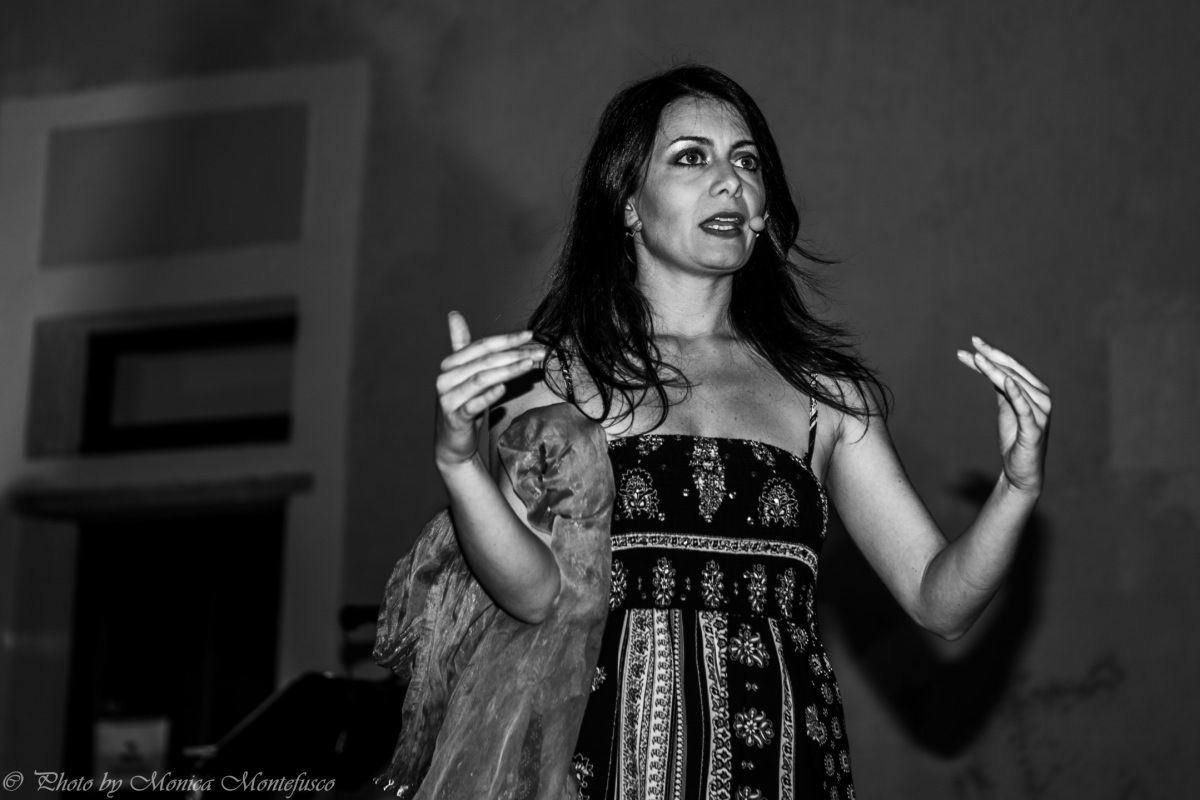 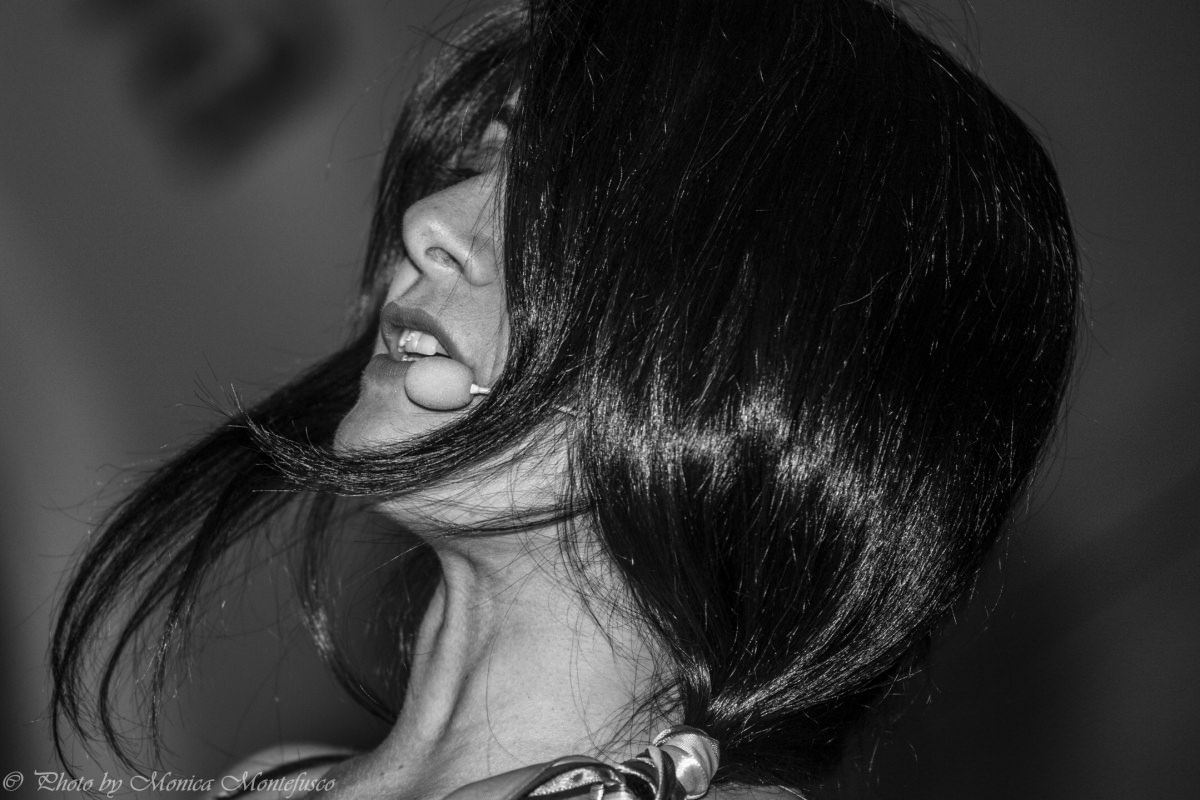 Livia Taruffi is a theater and film actress, theater author, singer and curator of artistic projects with a pedagogical and social mold. In his professional proposal converge the acting experience as an interpreter in the world of entertainment, the action and application of the expressive medium in the social sphere, the research and authorial writing of artistic material with an anthropological and civil mold. The vision is that of a theater that is both cultural entertainment but also service, which penetrates deeply into the surrounding reality, bringing but also collecting, messages and deep emotions of our time, narrating contemporary, ancient and future visions, highlighting the archetypes that arise repeating endlessly and what must be kept in the ongoing transformation. Her studies at the Santa Cecilia Conservatory of Music in Rome and the always active collaboration with personalities of the traditional and contemporary Italian scene often lead her to experience the fusion between the languages of speech, body, voice and live acoustic or electronic music on stage.

Livia was born and trained in Rome at the International School for Actors of the Agorà Theater. She subsequently graduated from the Cinecittà Experimental Cinematography Center in Rome under the direction of Giancarlo Giannini. She is chosen by the film director Spike Lee, by the Hollywood director David Warren, she works with the eclectic Colombian theater director Juan Diego Puerta Lopez. She begins her theatrical research alongside Living Theater Representative Kathy Marchand and Japanese actor and mime Hal Yamanouchi. She currently operates in northern Italy, lives in Aosta and stages his own shows. She collaborates in the creation of cultural events and festivals for the promotion of soft tourism and ecology alongside exponents of Italian culture including the writers Enrico Camanni and Paolo Cognetti. She is the organizer of the T Danse Festival of Aosta in the logistic session / reception of artists. She is the author and protagonist of theatrical, literary and musical audiovisual programs for the RAI regional television channel of Aosta Valley. She is part of the distribution company of the live show "Cie Les 3 Plumes". She is fluent in English and French. She dedicates herself to the dissemination of theater as a pedagogical means by carrying out laboratory projects in primary and secondary public schools, in social reception facilities and regional mental health and in the educational projects of Save the children Italy. 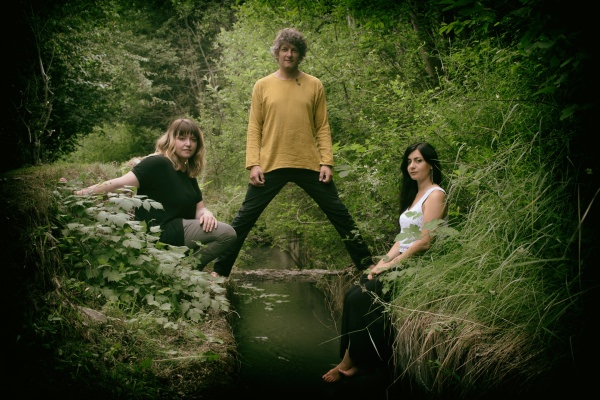 It is a theatrical show of storytelling and music designed by the actress and author Livia Taruffi on stage with the musicians Rémy Boniface and Cecilia Lasagno.

The show was created in collaboration with the Gran Paradiso National Park and is staged with various replicas during the 2019 summer season in places of naturalistic and cultural interest in the Aosta Valley.

It is a research of cultural anthropology and ethnobotany through the legends, rites and testimonies of the elderly on the life that took place in the alpine mountain villages, putting people in close relationship with the surrounding nature.

Sussurri is a narration but also a reflection of the author, in poetic form, on contemporaneity through the past.

An enhancement, through history, music and scenic actions, of inner values and dimensions that cannot be ignored beyond progress, technological progress and the changing world.

The viewer will be transported in a "narrative circle", as in a rite, through past and still present worlds even if invisible.

Diatonic accordion, electro-acoustic hurdy-gurdy, harp, violin and voice will evoke the emotions and the murmurs of the trees, the wind and the living nature of the valleys and woods through original and traditional instrumental pieces, songs sung by three voices or by the Turin singer-songwriter-harpist Cecilia Lasagno.

The type of set-up is site specific.

The show was presented both outdoors and indoors, amplified or acoustic depending on the location. 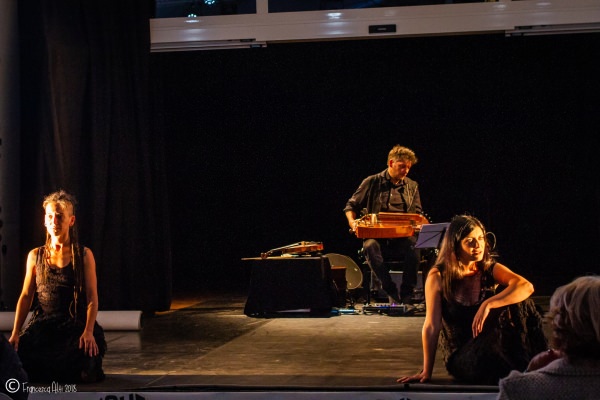 Cassandra comes to life in the voice of the actress Livia Taruffi and in the body of the dancer and choreographer Elena Pisu. The recomposed figure is, however, and does not want to be, neither sharp nor strong. The image that emerges is instead destined to render fragments of this complex femininity conceived by Wolf.

Violated by the mores of the chauvinist society in which she lived, Cassandra is the archetype of the revealed truth and not believed or not seen for fear, for convenience, for cowardice; then reduced to slavery in a foreign land after the Trojan War and executed by the wife of King Agamemnon, Cassandra also plays a cathartic role in the contemporary world, reflecting, thanks to the staging, the profound dynamics that thus mark the times today compared to the elderly.

La Cassandra, which comes to life in the reflection of the two performers, evolves on a delicate musical intrigue woven by Rémy Boniface. The multifaceted musician, using the multiple tonal possibilities of his instruments (violin, hurdy-gurdy, diatonic accordion and loop station), creates a musical plot that is not just an accompaniment, but which is the sound equipment of the male figure: Aeneas, Achilles "the beast", Pantous, Priam and Anchises appear and dance with or against Cassandra.

A woman who would like to be a man, a stranger even among her own, with no land in her country: Cassandra is not a heroine, she is above all a witness.

The evolution of the character of Wolf goes through the myth. The clairvoyant, the woman, her arrogance, her progressive understanding of the complexity of the balance of power in which, despite herself, she must enter, become the mirror of a society whose complexity can also be read through myth.

Read more Voir moins
There are currently no scheduled events